Karyn Zillman ( photo, right) wanted to expand her career opportunities, but didn’t know there were resources available that she could use to 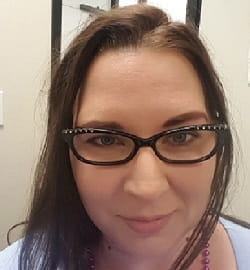 change her life. Her union’s partnership with Southern New Hampshire University changed that.

Zillman recently graduated and said she is eager to explore the new job options available to her. Zillman, a 39-year-old mother and resident of the San Diego, Calif. region, took classes through College for America, a competency-based curriculum designed for working adults. She said being able to complete her coursework at any time of the day or night was the only way she was able to go back to school. Before hearing about College for America, Zillman said she didn’t know about her options for attending school online.

“With this program I can work on my studies anywhere at any time,” she said. “That works when you never know when a bit of time will present itself.”

Zillman, who has an 11-year-old daughter and 3-year-old son, has been engaged to her fiancé for five years. They want to move in together and get married but can’t afford a home that will accommodate their blended family. That’s a big reason Zillman was motivated to advance her career. She also wanted to be a positive role model for her kids.

“If I can do it, they can do it,” she said. “They will see that I did it and be reassured that they can, too.”

Professionally speaking, Zillman said her courses helped improve her writing skills. Previously her supervisor would have to ask her to clarify certain parts of written reports and comments. Since enrolling in courses, her supervisor has fewer questions.

“It’s helped me overcome the mentality that I would have to settle for any job I could get without an education,” Zillman said. “Now, I am not limited. I have many options now with my current employer or anywhere life takes me.”